Good people of Florida Polytechnic University, I write to you to raise the alarms! In recent days, a masked menace has been spotted parading around our vibrant campus and causing chaos. Some have started calling this belligerent figure the “Spider-Man” because of his ridiculous getup. 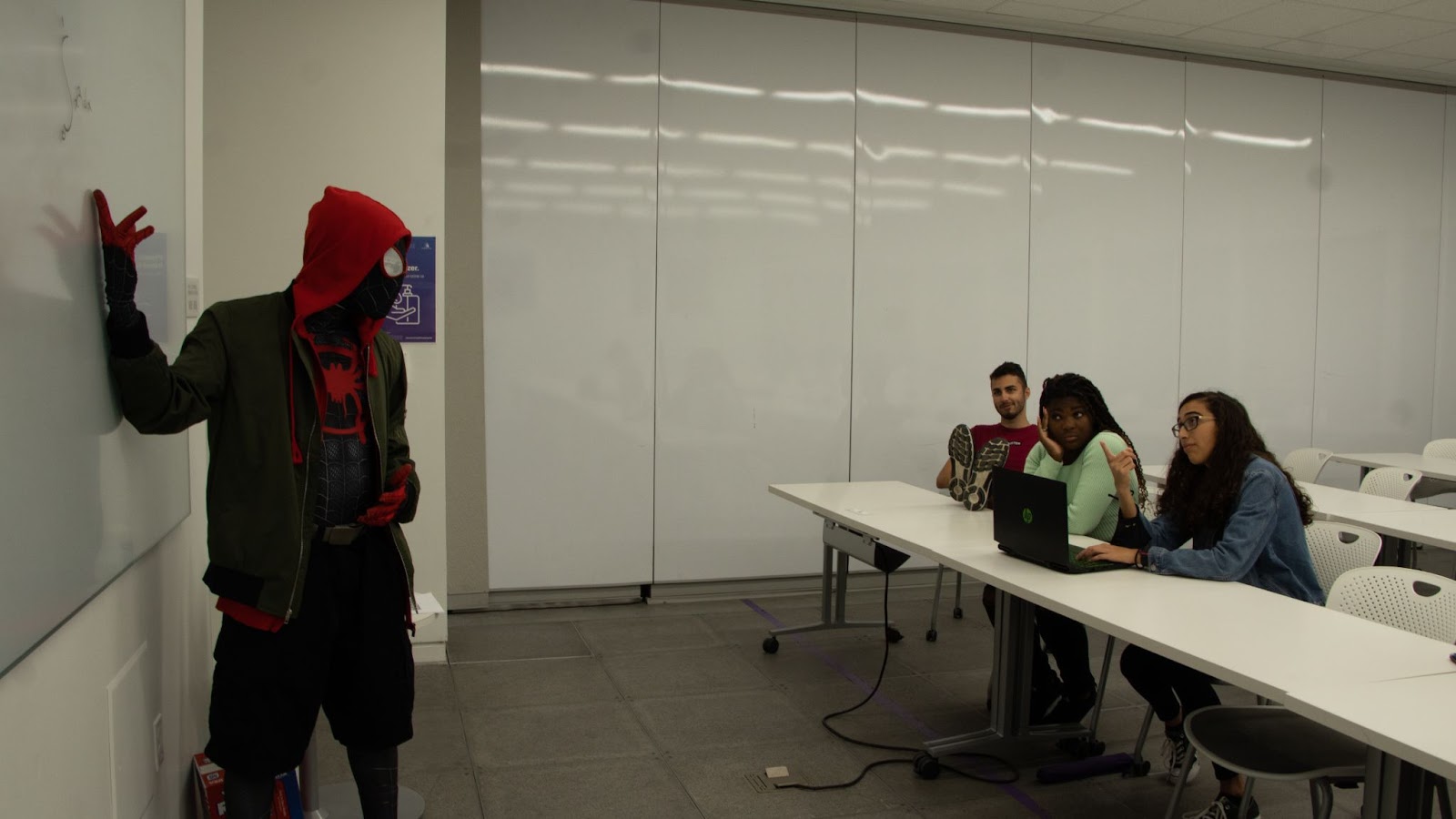 Now, most have been manipulated into thinking that the deceitful “Spider-Man” is a hero and has been a force for good at Florida Poly. Some even protest that this “Spider-Man” is helping them with their studies! I am here to show you the truth! 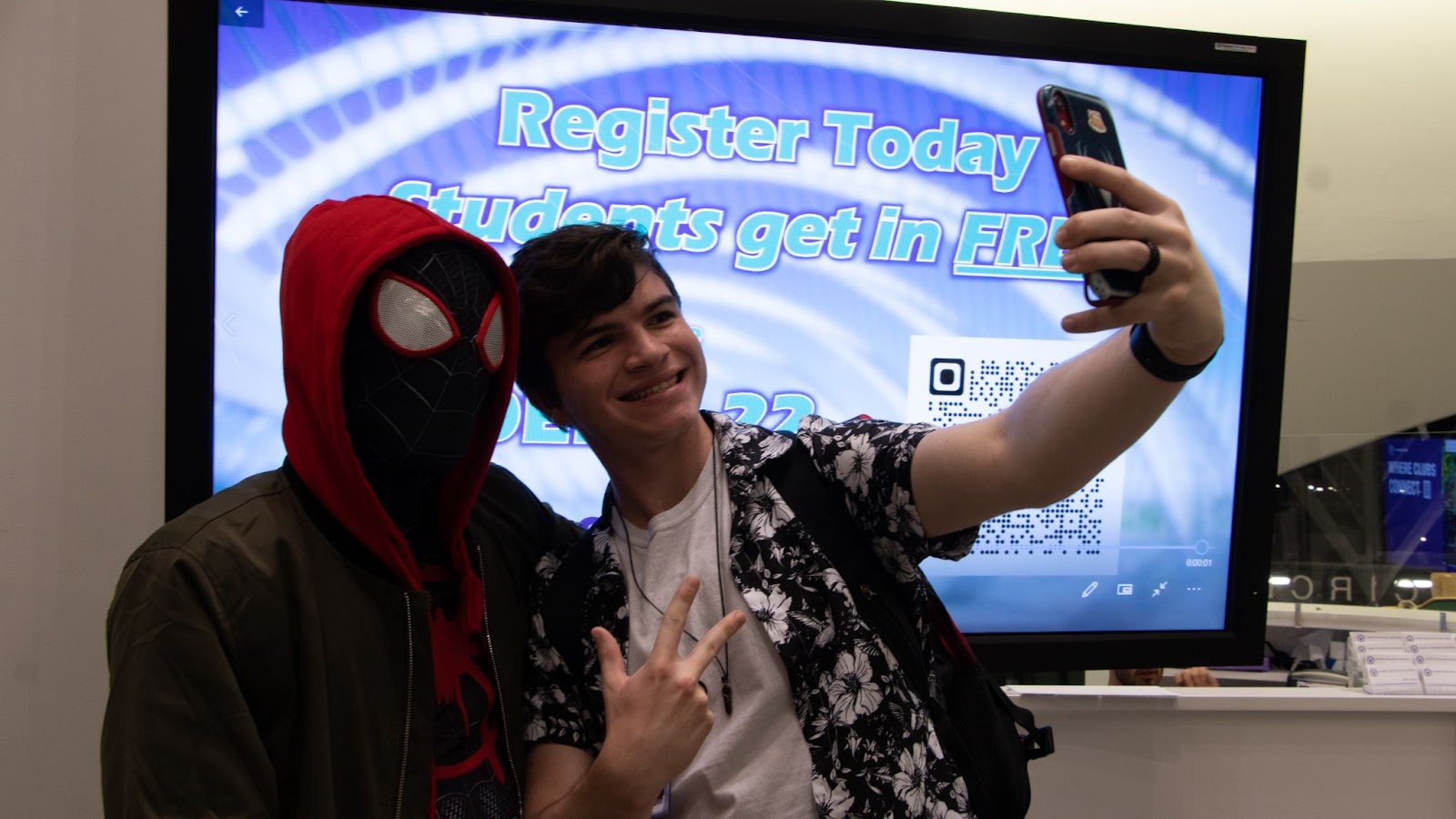 The picture above reveals one of Spider-Man’s many egregious crimes against the student body. Here, he is clearly seen harassing a hardworking student and taking his picture without his knowledge or consent! To add insult to injury, Spider-Man wrote disheartening and distasteful messages on a teacher’s office wall. Meaning not only did Spider-Man harass one of our many prestigious teachers, but he also vandalized our pristine school! 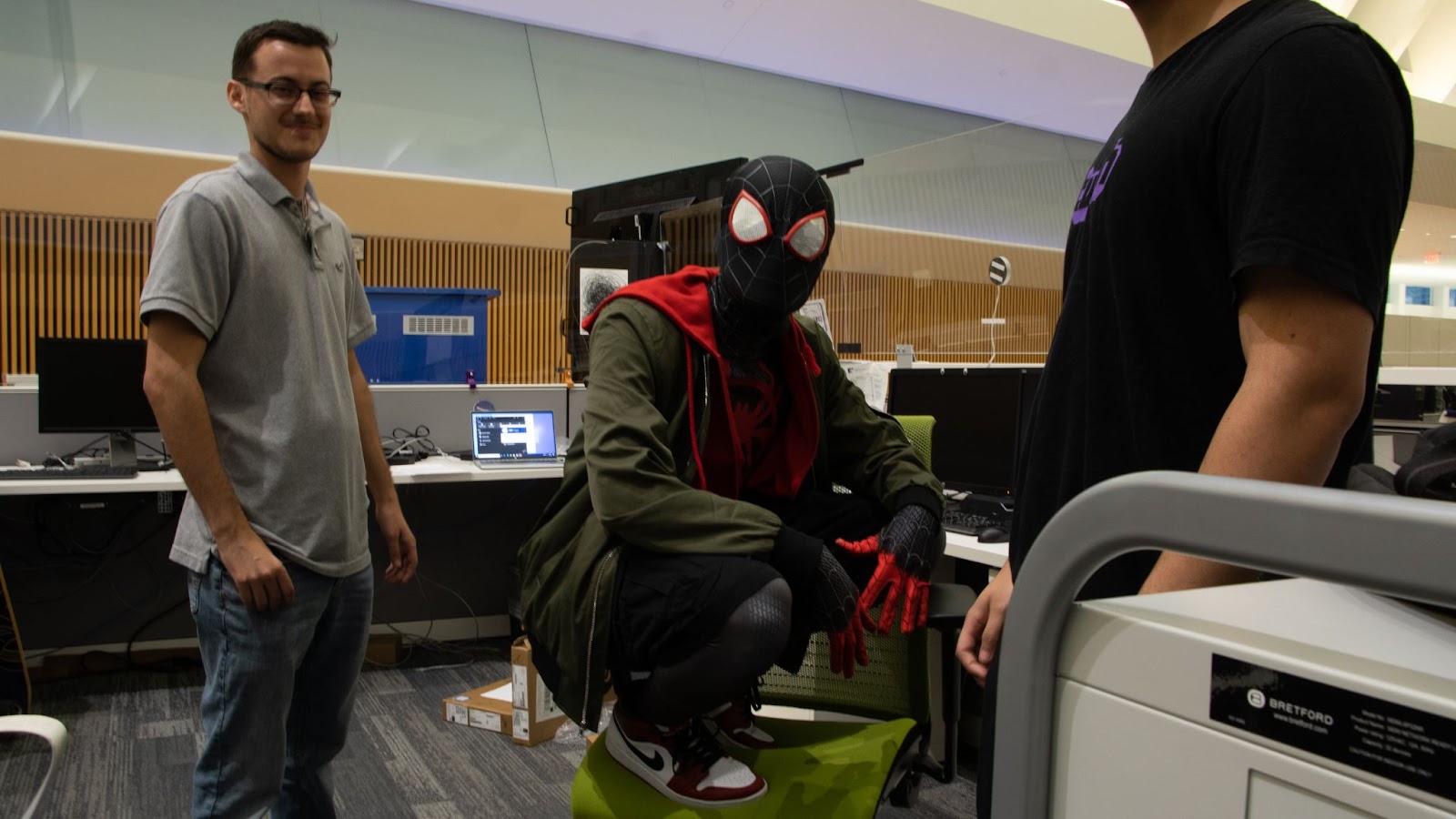 This one was the final straw folks. Spider-Man had the gall to infiltrate the bustling IT Support and Help Desk in broad daylight! In the middle of the IST, Spider-Man disturbed the peace for both Florida Poly students and staff alike!

Now, let me ask you a question. What has happened in response to Spider-Man making Florida Polytechnic University his playground? Absolutely nothing! The people need to open their eyes and realize that the menace needs to be unmasked and brought to justice! 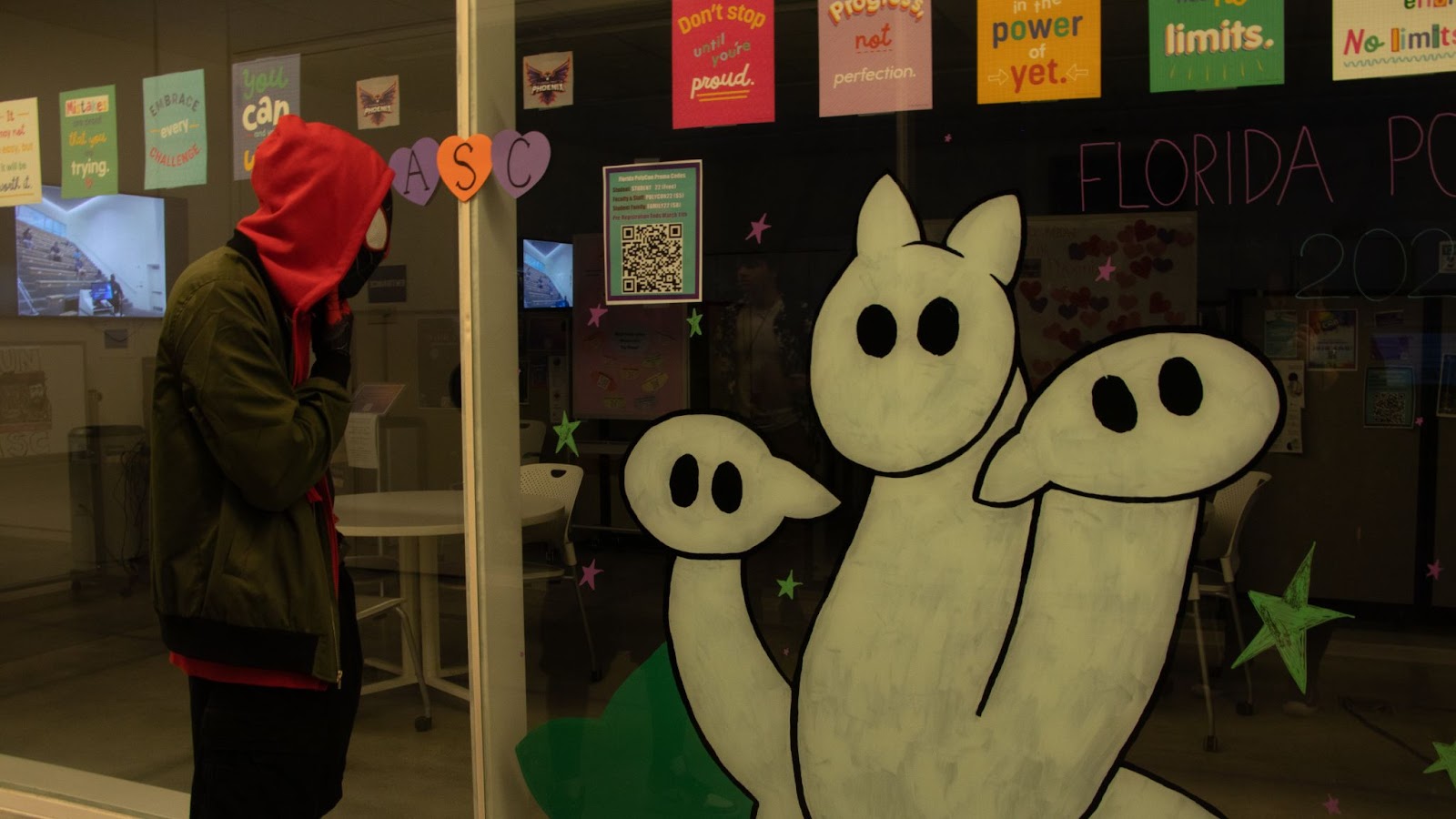 Recently, I received an anonymous tip that Spider-Man will continue his reign of terror at Florida PolyCon on March 19th. So, if this cold hard evidence has not convinced you that this villain is merely masquerading as a hero, then go and see for yourself!

Special thank you to Morzel Chambers for providing the picture proof of Spider-Man’s existence and wrongdoings.

This site uses Akismet to reduce spam. Learn how your comment data is processed.